Bellshill Central Church is fortunate to have many beautiful stained glass windows.
The four central windows were gifted by Matthew Corbett, in memory of his son Sergeant James Brownlie Corbett of the Royal Air Force, who was shot down and killed over Holland on 26 May 1943. These windows were designed by the Abbey Studio and dedicated on 7 October 1962. 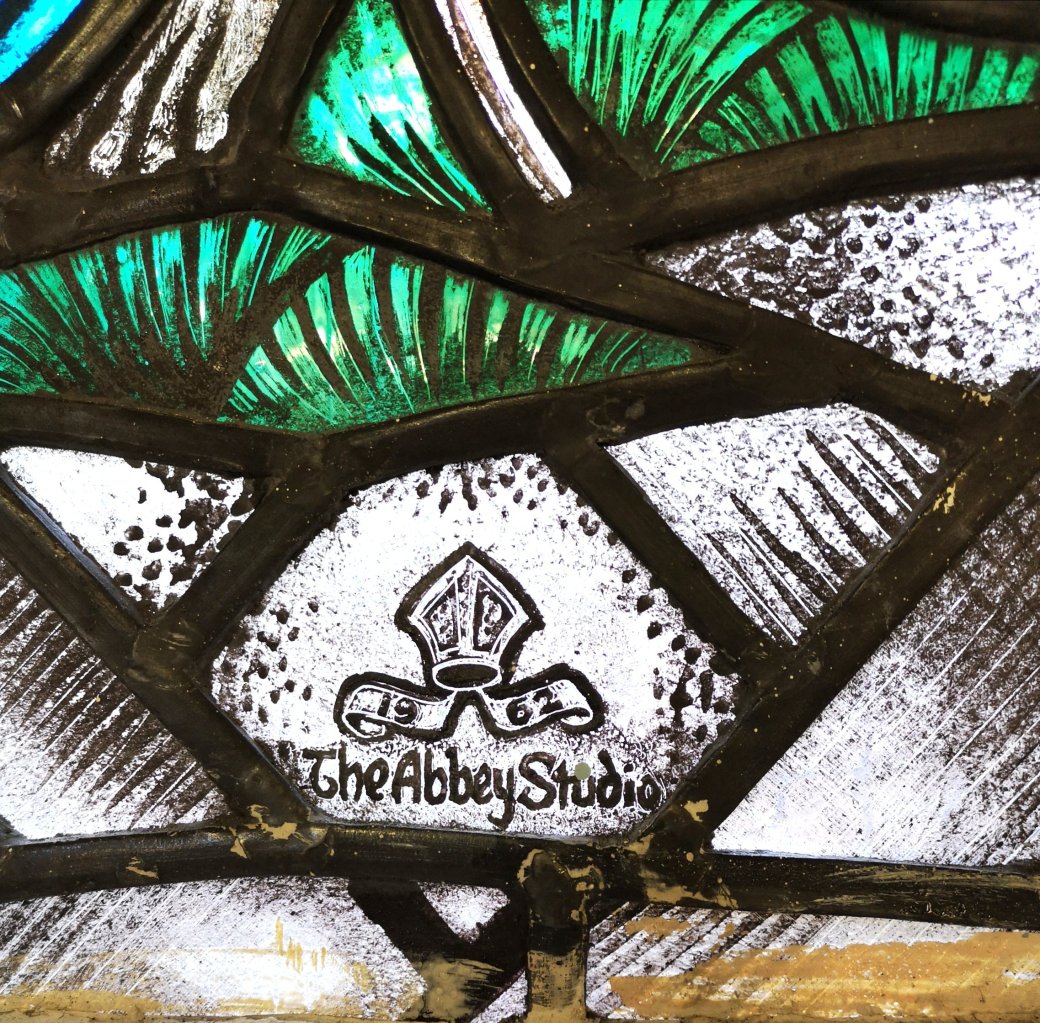 Like all the central windows, this window was dedicated in memory of James Brownlie Corbett, a young man who was killed during the Second World War.

At the bottom of the left hand pane of the window the Boys Brigade logo can be seen. It seems likely, therefore, that James was an active member of the BB before his untimely death.  The BB Company of the former Macdonald Memorial Church was the 2nd Bellshill Company. Above that, a peacock can be seen with its resplendent plumage. 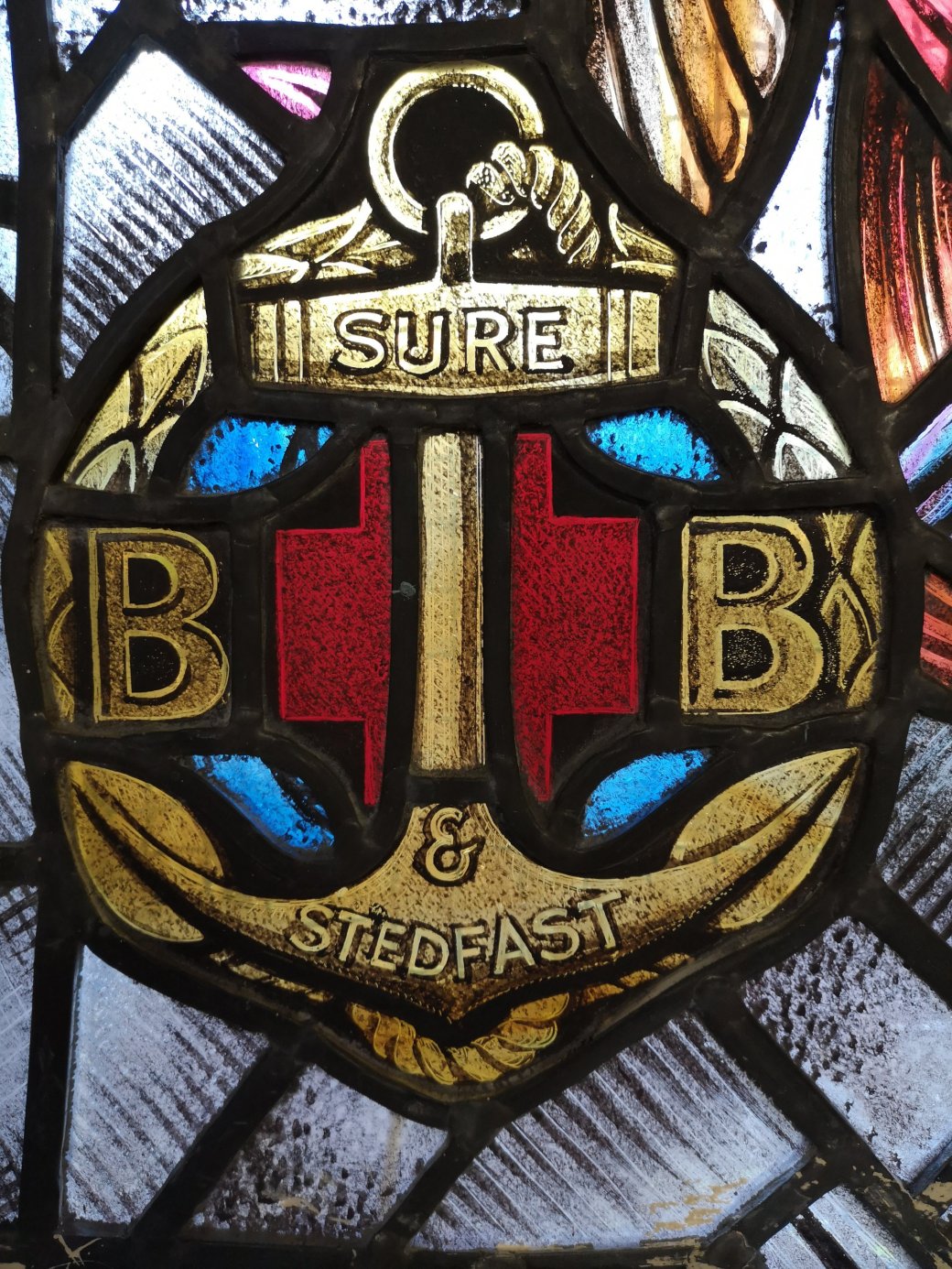 Apparently, ancient Greeks believed that the flesh of the peafowl did not decay after death and so it became a symbol of immortality. This symbolism was adopted by early Christianity and thus many early Christian paintings and mosaics show the peacock, particularly those relating to Easter. 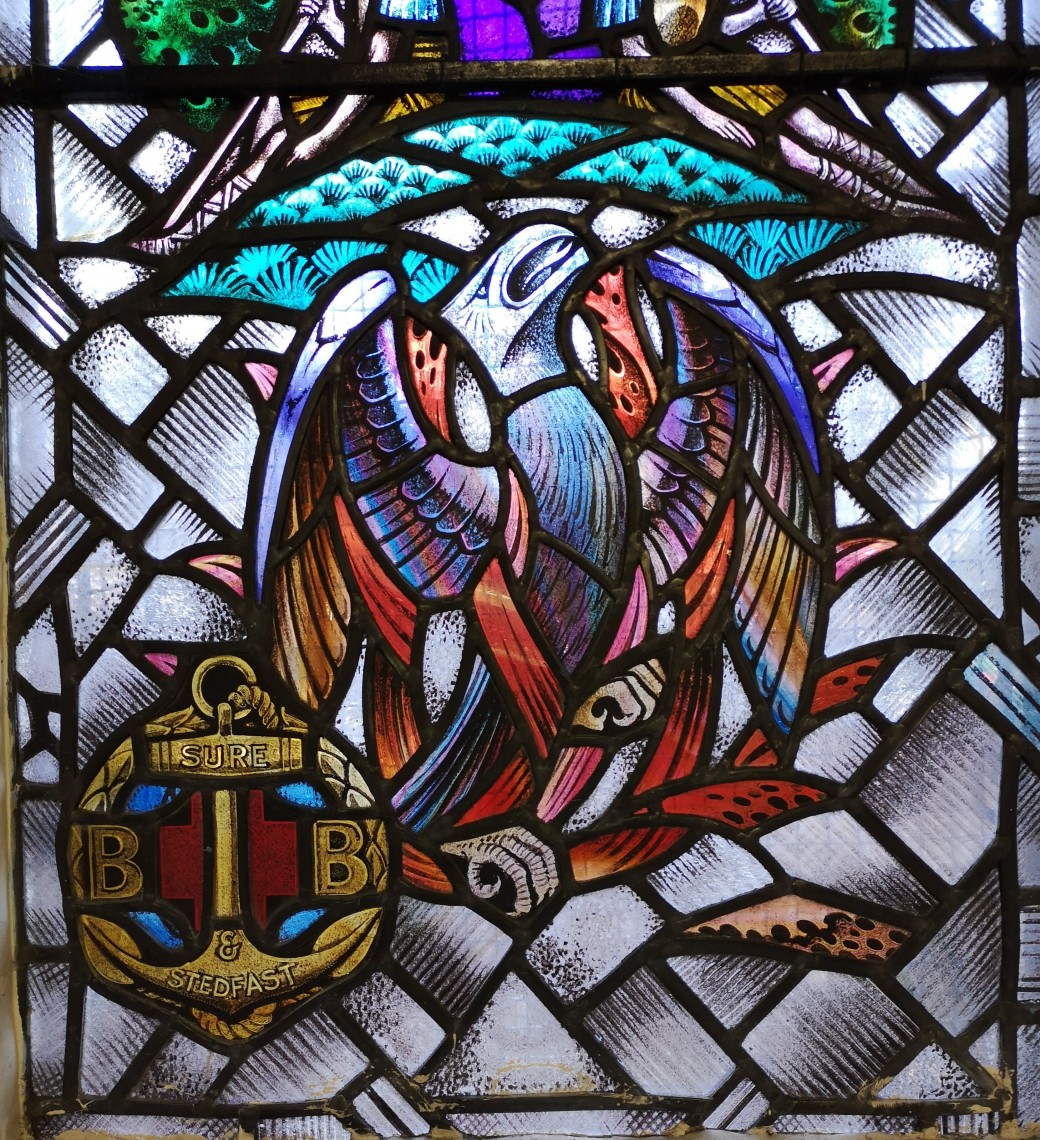 At the top of the right hand side of the window, there is a picture of a lamb, often used as a symbol of Christ.Below that the Church of Scotland logo of the Burning Bush and the words can be clearly seen Nec tamen consumebatur, translated as: ͚But it was not consumed. (Exodus 3; 2 – Pew Bible page 58)

After the despair of Good Friday, this window shows the joy of Easter Sunday. Read about it in Matthew 28 (page 44 of the Pew Bible)
On the left side the soldiers can be seen lying on the ground beside the stone which had been at the mouth of the tomb. Above them Christ has arisen and can be seen with two angels at His side. ͚The guards were so afraid that they became like dead men.͛
On the right side, Mary Magdalene and ͚the other Mary͛ can be seen carrying spices to the tomb, being met by an angel. ͚The angel spoke to the women. ͞You must not be afraid; I know you are looking for Jesus, who was crucified. He is not here; He has been raised just as He said.͟ The women left the tomb filled with joy and ran to tell his disciples.͛ 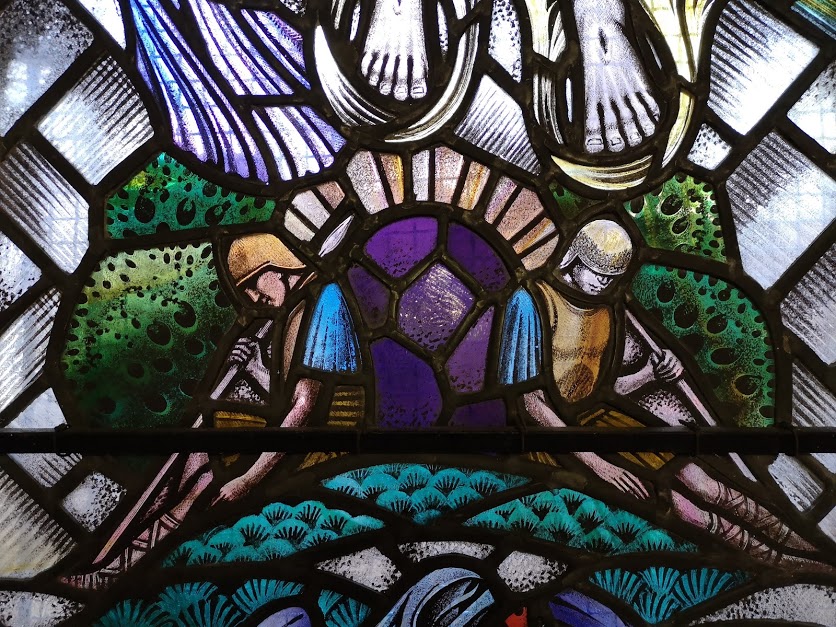